Although “workaholism” has been studied for nearly 45 years, today’s digital world really adds a new dimension to the concept of work addiction. 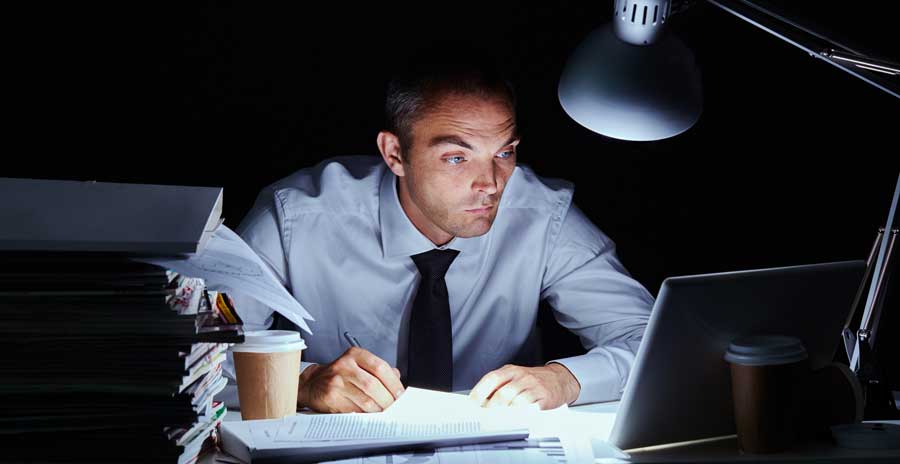 Technology – like smartphones, laptops, and tablets – provides opportunities to work from anywhere anytime and for some people, that means working all the time. The ability to take work home blurs the line between work and leisure as many people feel compelled to continue working long past the official quitting time. Often, there’s an expectation that people will be available during evenings, weekends, and even vacations.

High-pressure work environments, rapidly-approaching deadlines, and a fast-paced world means longer work hours for most people, but for entrepreneurs, disengaging from work can be especially difficult. After all, missing an important call or not responding to an email fast enough may equal lost revenue. The “time is money” attitude makes people think twice about spending a relaxing evening with family or enjoying leisure time with friends. It’s become such a problem that  workaholism has been coined, ‘the addiction of this century.’

So when does our willingness to be constantly available cross the line into becoming a workaholic? Most researchers define a workaholic as a person who works excessively and compulsively and is unable to detach from work. But up  until now, there hasn’t been a definitive way to differentiate a “hard worker” from a “workaholic.”

Norwegian researchers from the Department of Psychosocial Science at the University of Bergen, identified specific symptoms that are characteristic of workaholics. Researchers created a work addiction scale which uses the following seven criteria to assess the likelihood that an individual possesses a work addiction:

If you answered with “often” or “always” to any of these points, you may be a workaholic. The study concluded that about 8.3% of the Norwegian workforce is addicted to work – other studies have suggested about 10% of the average population in other countries are workaholics.

Agreeableness – Workaholics are more likely to be altruistic, compliant and modest.

Neuroticism – Workaholics tend to be nervous, hostile, and impulsive.

The study found that younger workers were most likely to be workaholics. Gender, education level, and marital status did not seem to play a role. Parents, however, were more likely to be affected, compared to those without children. 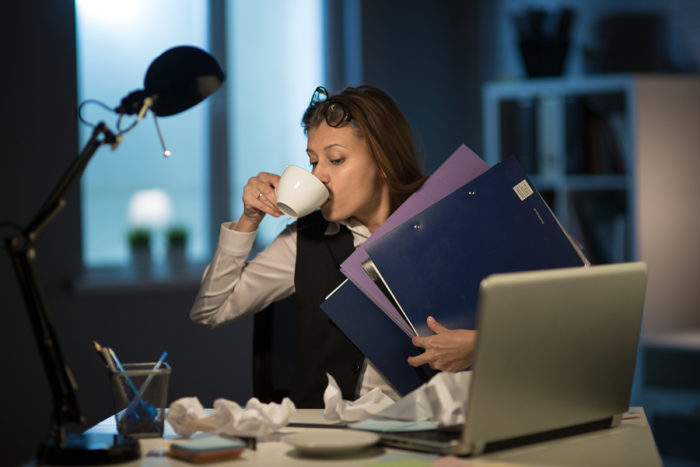 The Dangers of Being a Workaholic

Although some CEOs and managers may feel secretly giddy when they’ve hired someone who is willing to work all hours of the day and night, in the long-term, it hurts companies – and individuals. A 2013 study by Kansas State University found that people who work more than 50 hours per week were likely to suffer both physical and mental health consequences.

The inability to detach from work may initially appear to result in increased productivity. Over time however, productivity decreases and relationships breakdown. The stress takes a cumulative effect and eventually, the addiction to work can increase health risks and even contribute to premature death.

Working long hours also sets up an interesting dynamic. The more people work, the more money they earn. But the longer hours reduce the amount of leisure time available to enjoy spending some of the money. Without even realizing, life can quickly become all work and no play if you’re not careful .

Being a workaholic shouldn’t be a status symbol – instead it should be treated as a serious condition. One of the main problems with treating workaholism is that the Diagnostic and Statistical Manual does not yet recognize it as an addiction in the same way alcohol, drug, or gambling addictions are diagnosed. That means insurance reimbursement for treatment may not be available.

Help is still available, however. Treatment can range from attending self-help groups like workaholics anonymous to checking into a residential treatment center. Therapy usually involves learning how to disengage from work, finding strategies to re-engage with family, and identifying methods to become more efficient.

Perhaps the best course of action is to develop self-awareness of any tendencies you may have to become a workaholic. Monitor the time you’re putting into work and take notice when your work life is creating problems in your personal life. Practicing disengagement, taking regular vacations, and setting healthy boundaries can help you develop a work-life balance that will prevent you from becoming a workaholic.